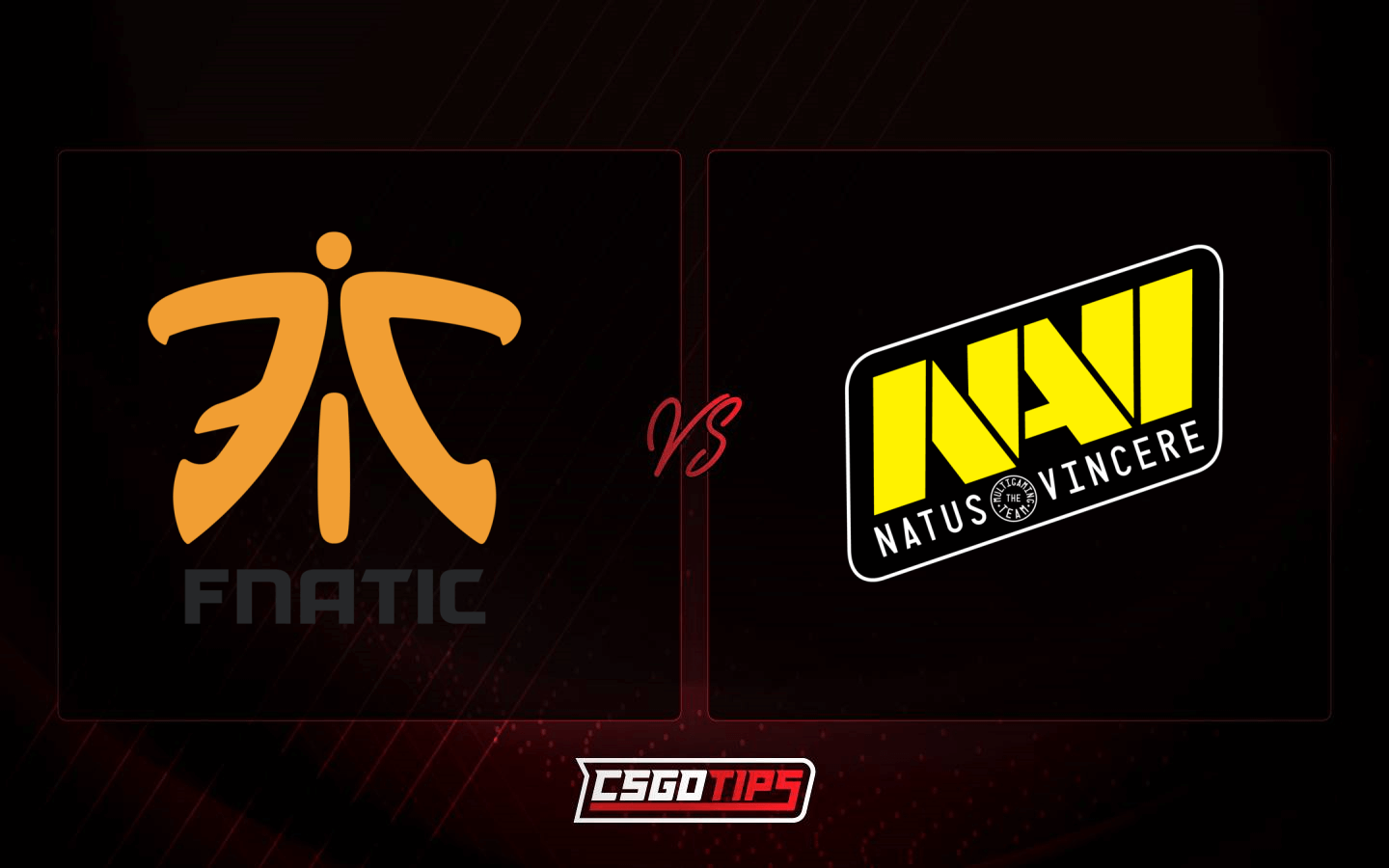 If you are looking for Natus Vincere vs fnatic betting prediction for ESL Pro League Season 10 semi finals, you came just to the right place. We here at CSGO Tips will do our best to provide you with the best in-depth analysis of this match. Stay tuned and don’t place any bets before you read this prediction.

Na’Vi is in great form lately. Out of their last 5 matches, they did not lose a single one. Their first match on this tournament was against TYLOO. Truth to be told, TYLOO did not show anything and Na’Vi won that match 16-6. Their second match was against MIBR. Once again, Na’Vi did not have a single problem in that match and they won it 2-0 in maps(16-9, 16-4). Their last match was against Evil Geniuses and it was the most exciting one too.

Evil Geniuses won the first map, which was also their map of choice, Mirage. The second map was Na’Vi’s pick Dust2 and Na’Vi won it while dropping only 5 rounds. The decider was Nuke and the first half was very exciting and tied. However, after losing the first half, pistol round in the second half and the following round, flamie and s1mple stepped up and Na’Vi dropped only 1 more round while winning 9 rounds. The final result was 16-11. Natus Vincere looked confident in each one of those matches and if they continue to play like this, they will surely win this match too.

On the other side, team fnatic is also performing pretty well. After losing against Evil Geniuses, they went into the lower bracket. However, fnatic won 4 straight matches and here they are, in the semi-finals. Those victories were against Heroic, MIBR, 100 Thieves and Liquid. The most surprising victory is, of course, the one against team Liquid. fnatic defeated Liquid 2-0 with handicap victory in both maps. Their overall gameplay looks good, team morale is on point and they are hungry for victory. However, they are also reckless and they can easily drop rounds and even maps.

Team fnatic performs very well but they can easily drop 1 map. Team fnatic picked and lost Inferno against both Heroic and MIBR. Inferno is also one of Na’Vi’s best maps and I think neither of those 2 teams are going to ban that map. Na’Vi has a great chance to win Inferno but they will surely lose at Train or Mirage. I believe each team will win at least 1 map because they are equally good and their map pools are pretty different. I suggest you bet on the number of maps, more than 2,5 to be exact.