CSGO has finally done it. To be more precise, a total of 1,001,756 gamers played this FPS title in the last 24 hours. This is the first time ever Counter-Strike has reached this number.

From our perspective, CSGO definitely has a bright future. For a 7-year-old game, Counter-Strike: Global Offensive is putting insane numbers. If we compare CSGO to other popular steam titles such as Dota 2 and PUBG, we can see huge gaps.

Both Dota 2 and PUBG set an all-time peak, but CSGO is the only game out of the three mentioned that is still keeping their numbers.

Dota 2 maxed out at 1,291,328 players and it didn’t even get close to this number for over 3 years now. Furthermore, PUBG isn’t looking that good either. After an enormous peak of 3,236,027 players, PUBG is nowhere to be found right now.

In the last 24 hours, only 461,701 gamers played this battle royale game. Numbers are red for PUBG and there is no way they’ll improve anytime soon.

CSGO Esports on the Rise

There is no denying that CSGO is a very competitive game. This is probably the main reason why it remained so popular after being released back in 2012.

Let’s take IEM Katowice 2020 as an example. 1,002,132 peak viewers is an excellent record for a tournament that isn’t a Major. On the other hand, PUBG Global Championship was played back in 2019 and it offered a total of $2,000,000 in prize pool money. We all know that PUBG is pretty much dead in the terms of Esports hence why it only attracted 197,470 viewers.

What Does the Future Hold For Counter-Strike: Global Offensive?

If this trend continues, 2020 will be an excellent year for CSGO. We here at CSGO Tips believe that Counter-Strike will overtake Dota 2 in the all-time-peak. However, it is going to be hard to reach the level of PUBG when it comes to total players.

It will also be interesting to see how will ESL One Rio Major 2020 viewership look like. Will we see a new viewership record set?

Is Corona(COVID-19) Virus Responsible For This Newly Found Popularity?

If you think about it, this could be a legit reason why CSGO is so popular right now. However, we can argue that other games should have an increase in player count, but this isn’t happening.

We don’t believe that COVID-19 is the reason why CSGO is popular right now. Numbers have been on the rise for the past 6 months. The game was gaining players long before Corona Virus even started to spread. 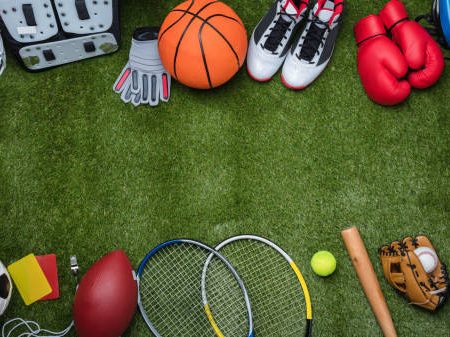 CSGO News
Which Sport Is Easiest to Predict?
4 months ago
0 133